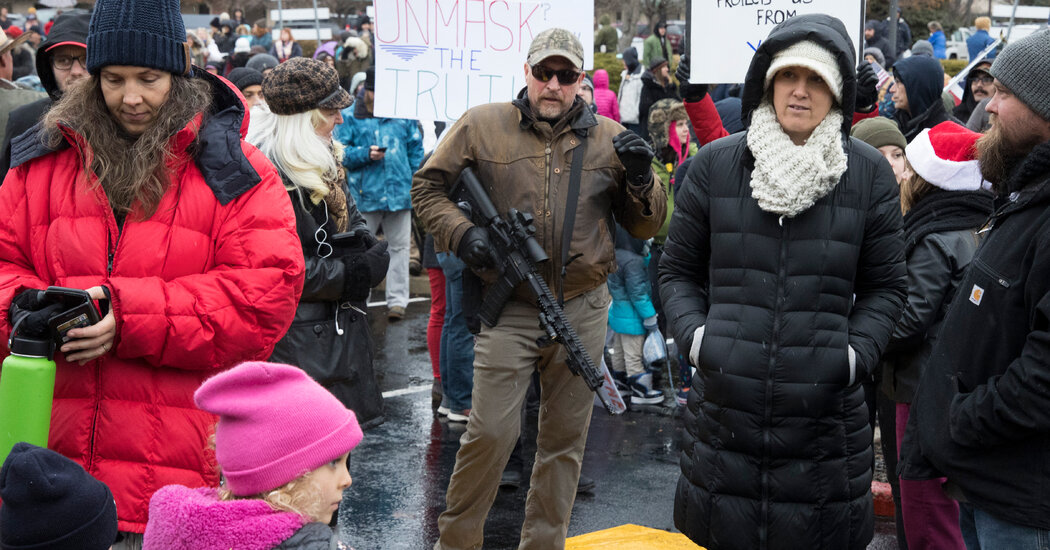 The emails Joyce Warshaw received as mayor of Dodge City, Kan., were hostile enough last month, when the city was merely considering passing a mask mandate.

But then the mandate was passed, and USA Today ran an article last week about Dodge City’s struggles with the coronavirus — and the hostility just boiled over, Ms. Warshaw said.

“We’re coming to get you,” read one message. “You’ll burn in hell,” said another. The word “murder” was used several times, she said.

Fearing for her family’s safety and her own, Ms. Warshaw, 69, resigned as mayor on Tuesday, a few weeks before the end of her one-year term.

“I can get past words,” Ms. Warshaw, a retired elementary school principal, said in an interview on Wednesday. “But I think right now our nation is seeing so much divisiveness and so much inappropriate bullying that is accepted, and it just worried me. I don’t know if these people would act out on their words.”

Ms. Warshaw’s experience provides a stark example of the challenges that public officials have had to navigate amid the emotional and political battle over the virus. Leaders of local and state health departments have faced harassment, personal insults and death threats over their roles in imposing virus restrictions. Political leaders have also come under fire.

Prosecutors accused a man in Wichita, Kan., of threatening to kidnap and kill that city’s mayor over a mask ordinance. And the mayor of Kansas City, Mo., received a text message that referred to him using a racial slur and suggested he should be lynched for requiring masks. Council members in Green Bay, Wis., said they received threats over their mask mandates, and the superintendent of a school district in Arizona resigned amid claims that he had been harassed over the decision to move to virtual learning.

Ms. Warshaw said she understood that people may disagree, but she was disheartened by the lack of civility. Even when she tried to explain things to critics, they would dismiss her and tell her she was lying, she said. She hopes that her resignation might help some of the anger over the mask mandate the city passed in response to Ford County’s decision to opt out of the state mask order.

One in seven residents in that county have tested positive for the virus since the pandemic began, making it one of the hardest-hit counties in the country. Several of Ms. Warshaw’s relatives, including her daughter, have contracted the virus, and her aunt died from Covid-19, she said.

“If all of us could have a little compassion for society as a whole instead of looking at our individual want or belief,” Ms. Warshaw said, “we could have curbed this pandemic earlier.”